I’ve always been fascinated with history, taking stunning journeys back through time studying the images that live throughout decades capturing time like a firefly in a jelly jar. I can’t remember the first time I saw a photograph of the face of Lincoln, but I’ve been fixated ever since, mesmerized with wonder. His face to me, is like a map finding it's way – full of roads and leathery lines shaped like rivers and trails leading to truth and the desire to overcome. He has a look of determination with eyes revealing.

January 1 of 2013 marked the 150th anniversary of the Emancipation Proclamation, the first document that put the US government in official opposition to slavery. This portrait was created using historical and period pieces and documents from The American Civil War time period. You can view some of those objects here. Among the items used: an 1860’s patriotic envelope featuring the Constitution with a 33 Star American flag, various tintype photographs (1 in Lincoln’s eyebrow and the others in his beard and in his bow-tie) A Rochester Express newspaper dated January 6, 1863 was used in creating one of the white stripes of the flag along with a November 8th, 1862 Harpers Weekly original paper. Several photos of slaves were used to construct Lincoln's ear and the shadows around his eye and right cheekbone. A photograph of slaves picking cotton on a plantation has been painted into the lower left portion of his jacket. 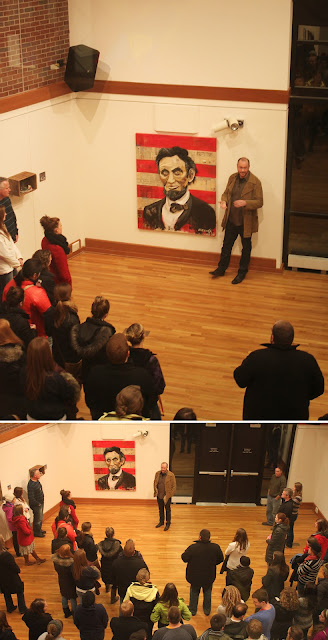 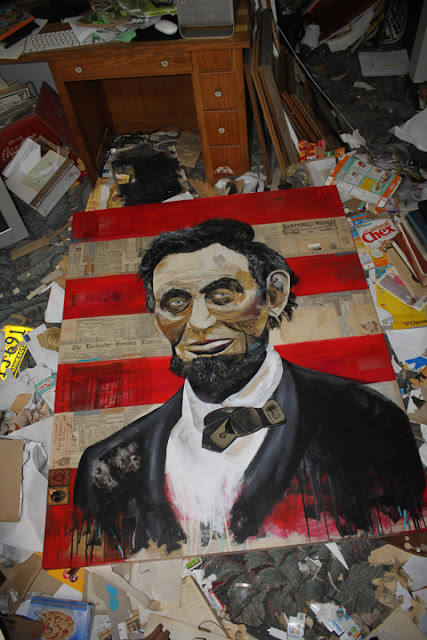 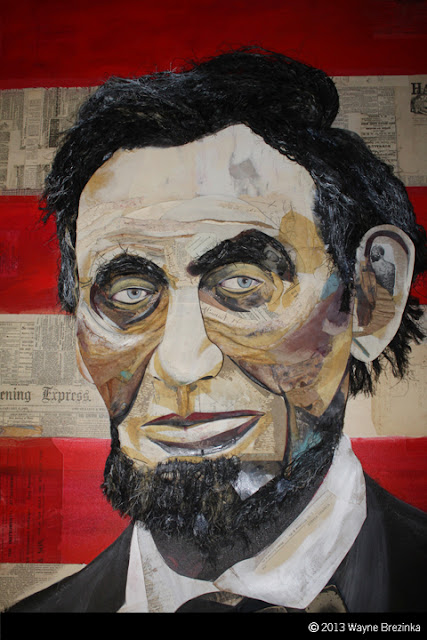 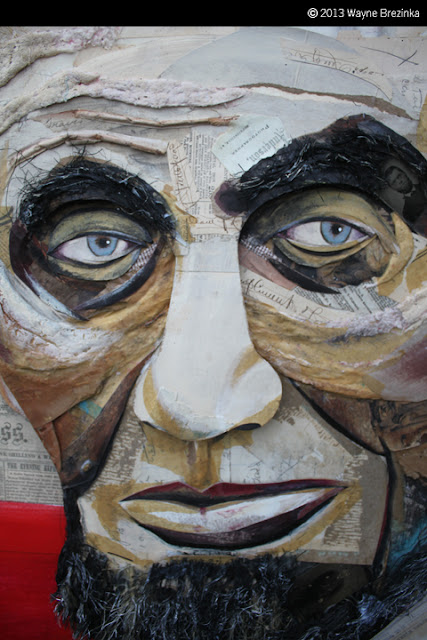 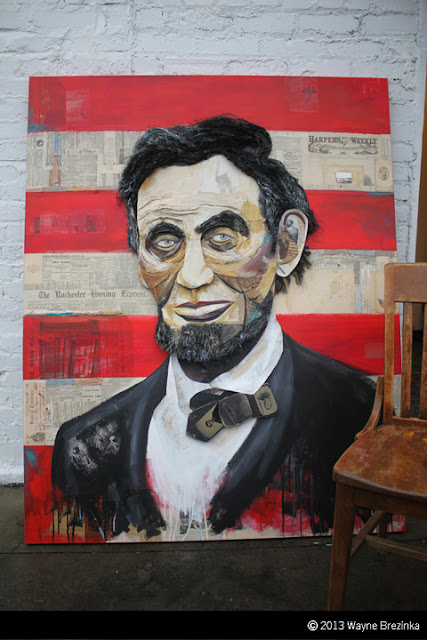 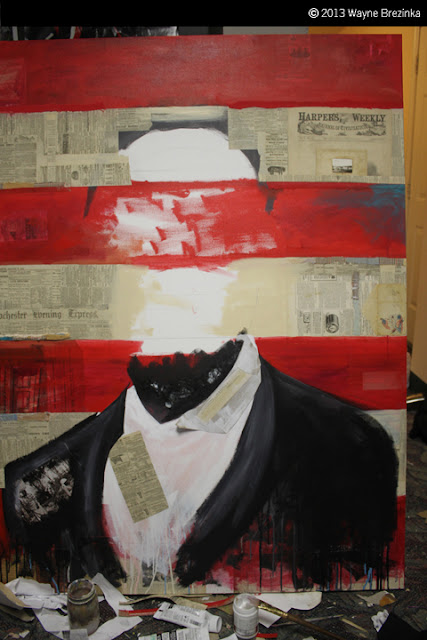 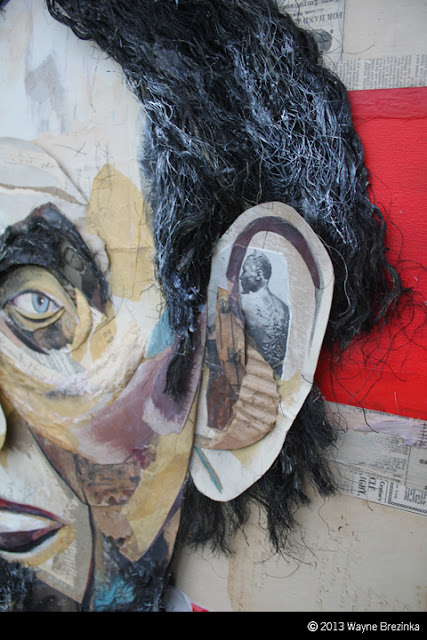 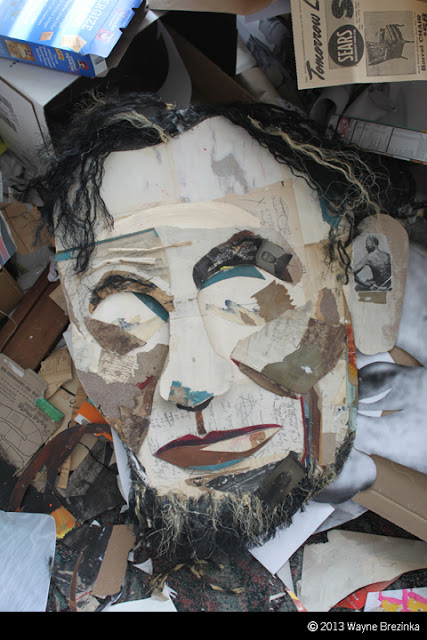 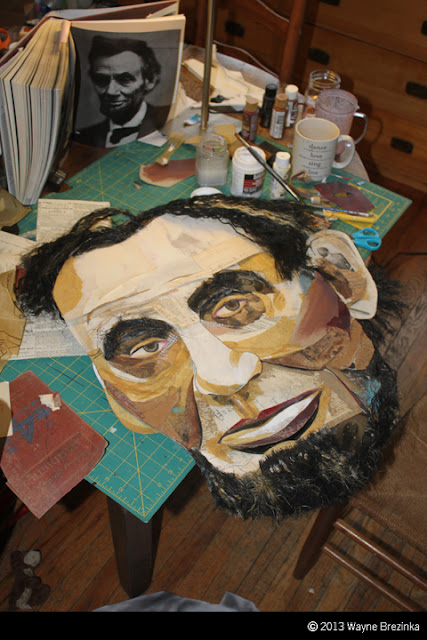 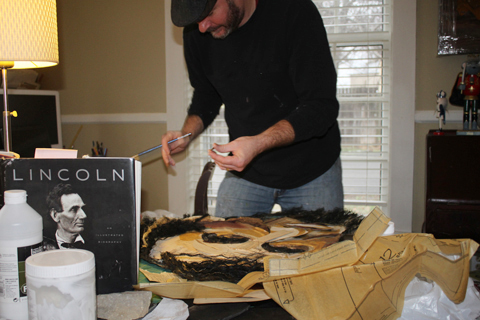 Your work is amazing Wayne! I am continually intrigued each time I see a new creation of yours. I LOVE Lincoln and your "paperwork" likeness of one of our best presidents.
Barbara Stewart